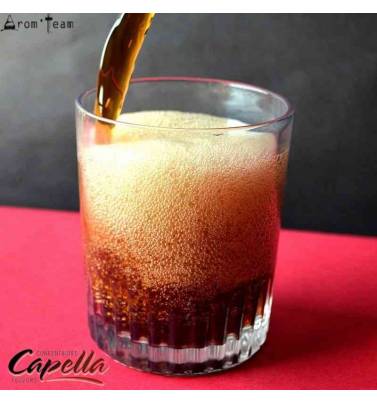 "
- If one day I had been told that I would vape coke! I can not believe it !

- Sure it changes but a cola vape juice, it's really the taste of the soft drink and in addition, this product is a natural flavouring so it's worth a try!

Note that this flavor does not contain propylene glycol

How to use this Coca Cola concentrate ?

A Cola e juice flavor concentrate that will delight its fans but also can enter into the composition of fruity e-liquid recipes, cocktails and gourmet recipes adapting to its sweet tartness.

Try this flavor with a hint of cherry, you will like a coke cherry !

Where does cola flavor come from?

Reading the label of a bottle of Coke is not very informative.
It contains only carbonated water, sugar or sucrose, a caramel color, phosphoric acid which gives it its acidulous taste, plant extracts and a caffeine flavor.

Not enough to get an idea.

By digging a little the subject, we learn that chemists have managed to list the coke ingredients.

So coca-cola is a precise blend of sugar, acids and multiple essences of orange, lemon, vanilla, cinnamon, nutmeg, lavender, coca extract.
It does not incorporate kola nuts but caffeine in its classic version.

And we will also be surprised to learn that to ensure the stability of this mixture based on essential oils, glycerin is used for its emulsifying and antioxidant role.


Is there kola nut in Coca Cola?

It does not incorporate kola nut but caffeine in its classic version.

What is the steep time for a Coca cola e liquid ?

Is this flavor only for e cigs ?

Capella make food flavors. It is therefore possible to use them as much in pastry as in ice or yogurt. 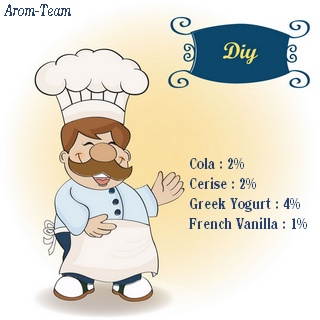