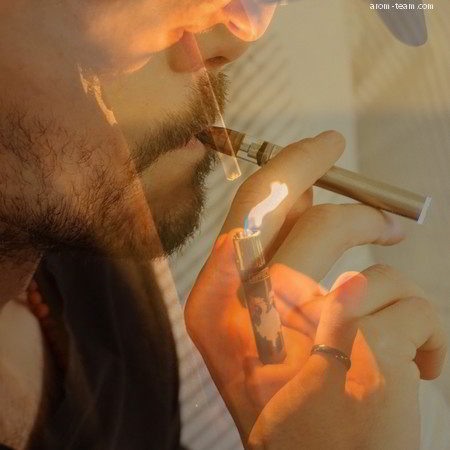 Imagine there is an alternative to cigarettes.

Imagine that this alternative could help millions of people to quit smoking and contains only a tenth of the toxic substances found in a cigarette.

It's not imagination, this alternative exists and yet...


The strange fate of electronic cigarettes


The electronic cigarette should be regarded as an innovative product in terms of aid quitting smoking.

Public ealth authorities as well as associations fighting against tobacco should support this invention which would save lives. But...

In reality, they are all cautious and unfavorable.

Because they have no qualms, they do not make any difference between the ecigarette and the other, the real one, the tobacco cigarette whereas these two products have nothing to do with each other.

Because yes, electronic cigarettes are not cigarettes.

They do not contain tobacco, they vaporize a liquid containing nicotine and the user inhales vapor.

This detail is crucial and nobody cares, of course.


The tar in the cigarette


Yet, the real danger of tobacco is not in nicotine but in its combustion process which releases hundreds of toxic compounds, tars.

The electronic cigarette on its side does not involve any combustion and no tobacco. It therefore does not produce tar.

This observation led the British health authorities to consider vaping to be 95% less harmful than smoking and promote vaping to counter the catastrophic effects of tobacco.

So yes, electronic cigarettes contain nicotine, a product considered to be highly addictive.

But it's omitting to specify that nothing proves that nicotine alone is harmful.

Would it be in the nicotine substitutes on sale in all our pharmacies?

It is however sometimes compared to coffee, an addictive substance that millions of people consume every day.

In the facts, a danger never comes from the substance in question but from the way in which it is consumed.

" People smoke for nicotine but die from tars "

Can we remember that electronic cigarettes do not contain tar?


Can do we say that vaping is safe?

No. Nothing is safe, not even water.

The cigarette is a recent invention - albeit more than a decade old - its active ingredient surely requires further research into its long term effects.

Its regulations have been made, framed by the European Parliament and each government since 2016 on a regular basis to ensure safety to consumers.

Unlike everyday consumer products, the potential risks of electronic cigarettes are outweighed by a real and unmistakable benefit: saving lives by allowing smokers to find the nicotine they are looking for without associating the crippled and deadly toxic.

Millions of former smokers around the world have used the electronic cigarette successfully to quit smoking and for some, to let go of their nicotine addiction.

An Oxford study (Nicotine and Tobacco research) has been completed in 2017 that the ecigarette could reduce smoking-related deaths by 21%.

Such a record represents millions of lives around the world each year.

Prof. John Britton, epidemiologist and director of the Nottingham university, points out that:


" Electronic cigarettes have been the most viable way in decades to help people stop smoking.
They could help at least half of smokers to get off cigarettes. "


The spoils of an alternative to tobacco

Based on this observation, one could therefore imagine that the health authorities and tobacco control associations seize this opportunity; to encourage smokers to switch to electronic cigarettes.

But, this is not the case.

Some have established a law which assimilates two very different products, starting from the postulate that tobacco is bad for your health so electronic cigarettes are too.

In August 2016, in the USA, and following European decisions on e-cigs legislation, the FDA has imposed manufacturers a long and expensive process to produce new models.

Each authorization can thus cost up to one million dollars for every new product.

Only the richest manufacturers can survive such restrictive legislation.
The weaker structures will eventually disappear.

Due to reduced competition, prices have gone downhill the rise.

Many vapers have returned to tobacco.

Others, fan of arbitrary prohibitions, may think that it is better to prevent than to cure and protect the consumers of a wrongly valued product.

But they are wrong.

Reversing the reasoning, aren't they endangering millions of people who, without their constant and often unjustified alerts, would have tried electronic cigarettes?

Because, in reality, compare smoke in cigarette to the vapor of an e-cigarette is not a will to act for public health.

On the scale of potential danger, the cigarette does not reach the ankle of tobacco and this, clearly and indisputably, the hospitals testify.

Electronic cigarettes already have the potential to save millions of lives around the world.


It would be desirable that governments consider another paradigm, the recognition of its relative innocuity, of its potential risks while considering major public health benefits.

On the contrary, they get further to better tighten European legislation in order to end the rampage that has started in 2016.

So nothing will ever prevent anyone from lighting a cigarette and smokers will continue to legally die of smoke.

Strange in these times of world health crisis which pretends to place life at the center of all interests.

This blog is copyright ©2022 by Arom-Team. All rights reserved