> Blog > News of the Electronic Cigarette > Some Questions about Vaping? Answered!

Some Questions about Vaping? Answered! 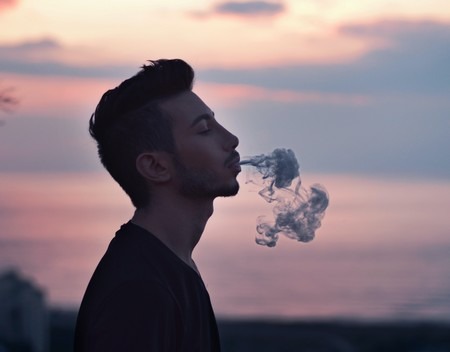 There are surely hundreds of questions that cross our minds when we start vaping.

Whether it is the functioning of an electronic device to which we must very quickly adapt or to the questions that we ask ourselves over the days and weeks of vaping about health, smoking cessation, some symptoms experienced without fully understanding their cause.

Here are questions and answers on vaping concocted by Arom Team which will allow you to see more clearly and to obtain, we hope, the expected clarifications.

What is electronic cigarette?

The electronic cigarette or e-cigarette or vape device is an electronic device for vaporizing a liquid to generate vapor. It replaces the tobacco cigarette by a principle of diffusion of vaporized nicotine.

What is throat hit vape?

The hit is a contraction of the throat, a slight twitch as the vapor passes through the lungs.
It is generated by nicotine, sometimes by an intense menthol.
The hit is quite close to that same throat tightening that a smoker experiences when inhaling smoke.

What is an ecig coil?

The coil is a term for the resistance of an electronic cigarette atomizer.
The resistance is a resistive wire in contact with a wick which, by capillarity, brings up the liquid to transform it into vapor.

Is e cig harmful for your lungs?

The scientific studies available do not highlight a possible lung problem.
Note that the e-cigarette vapor does not come from combustion and that, therefore, the vaper does not inhale carbon monoxide or tars, toxic and carcinogenic substances contained in tobacco smoke.

In 2020, Italian researchers analyzed the effects of e-cigarette vapor on asthmatic smokers.
Their conclusion is: "By switching from cigarettes to vaping, the volunteers showed a significant improvement in asthma control and quality of life, without altering lung function, during the study period."

Why do vapes make me cough?

3 established factors can cause a cough.

- The first, which is often overlooked, is smoking cessation, which causes the regrowth of bronchial eyelashes and a form of mechanical cleaning of the lungs.
- The second is an excessively high level of nicotine which becomes irritating both for the ENT sphere and the lungs.
- The third is a faulty or poorly maintained electronic cigarette, a clogged coil that needs to be changed.

The sore throat encountered in vapers is mainly due to the rate of adopted nicotine.
It has indeed been proven that an overdose of nicotine irritates the oral mucosa.
Often, you just need to lower the nicotine level of your e liquid to remedy this.

Why does vaping cause headaches?

Is vaping bad for your weight?

Vaping has no effect on weight loss or gain.
On the other hand, smoking cessation most often leads to weight gain due to a lack of nicotine known to burn calories more quickly.
The vape maintains the presence of nicotine which always ensures its appetite suppressant effect.

The harmful substances contained in cigarette smoke are well known to turn teeth yellow and generate dental problems such as cavities, gingivitis and loosening.
The e-cigarette vapor does not contain tar but only nicotine, the dentin is not attacked.
The yellowing caused by nicotine is less pronounced when there is no combustion and remains very superficial.

Many various facts reported in the press related of defective electronic cigarettes up to the explosion.
Most of these accidents were caused by user negligence and in particular by replacing the rechargeable batteries (model accumulators) integrated in the ecigarette with alkaline batteries.

Does vaping cause cancer?

Tobacco smoke contains 4000 different substances including some carcinogens.
The electronic cigarette eliminates carbon dioxide and tars generated by combustion since the vapor replaces the smoke.
To date, no scientific study can attest to a potential risk of cancer.

Is there sugar in e liquid?

No, there is no sugar in e liquids.
The sweetness found in recipes comes from diluents and flavors.

Does electronic cigarette cause diabetes?

Most vapers are worried about the sweet tastes they find in their e-liquid.
However, none of the components of e-cigarette products affect blood sugar except one: nicotine.
As in smoked tobacco, it is the presence of too much nicotine that can be a problem.
Nicotine blocks the regulation of insulin and thus creates resistance.
Thus, nicotine can significantly increase blood sugar levels.
For people with diabetes, it can cause hypoglycemia.
- Note that unlike a smoker, the vaper can modulate the nicotine level of his e liquid and thus adapt a minimum dose not to affect his blood sugar.

Does vaping hurt your heart?

A 2019 University of Dundee study concludes that electronic cigarettes are less harmful to the heart than smoked tobacco.
A month after the transition to vaping and quitting smoking, researchers note an improvement in blood vessels, arteries and blood pressure, a slower resting heart rate.
Professor Jeremy Pearson, Director of the British Heart Foundation, said:
"This study suggests that vaping may be less harmful to blood vessels than smoking.
In just one month of quitting smoking by switching to an e-cigarette, vascular function begins to recover. "

The propylene glycol which makes up e-cigarette liquids tends to dry out the mucous membranes.
This is the case for mouth and throat, which prompts us to recommend better hydration throughout the day.
The eyes are also affected by the effects of PG and the irritation resulting in tearing, redness, itching is also linked to propylene glycol.
It is then advisable to use artificial tears to overcome this side effect.

Studies available to date show that electronic cigarettes do not affect low birth weight, do not induce premature labor, and maternal and neonatal outcomes appear to be similar to those of non-smokers.
However, the impact of high doses of inhaled nicotine remains unclear.
Complete file

What is e-liquid flavor?

An e liquid flavor is a food flavoring used to make your own electronic cigarette liquid.
Dedicated to vaping, it is purified of potentially harmful substances by inhalation.

What is ejuice flavor without PG ?

A flavor without pg is a flavor which does not contain propylene glycol in its composition.
In this case, the preservative used as a replacement is often alcohol.

What is steeping vape juice?

The steeping or maturation time of an e liquid is the rest time granted to a mixture of flavors to achieve harmony.
This period is more or less long depending on the flavors, ranging from a few days for fruity tastes to weeks for gourmet or tobacco recipes.

What difference between flavor and concentrate?

The e liquid flavoring or mono flavor is the exact reproduction of a defined flavor.
An apple aroma tastes like apple.
A concentrate is a mixture of flavors aimed at reproducing a gourmet recipe.

This blog is copyright ©2023 by Arom-Team. All rights reserved