> Blog > News of the Electronic Cigarette > What do we really know about e-cigarettes in 2022 ?

What do we really know about e-cigarettes in 2022 ? 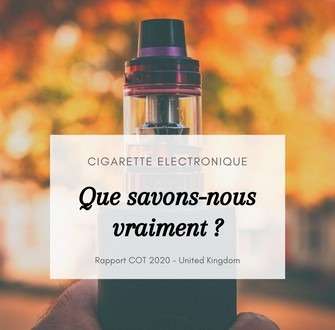 What do we know about vaping in 2022? An assessment report required by the British Health Authority examines eliquids, propylene glycol, glycerin, nicotine, flavors, vapor toxicity and developments in technology.

What is new in electronic cigarette research ?

Inspecting all aspects covering its field of action on human health, British experts are encouraging its use for smokers wishing to quit smoking and directing studies to be started for a full assessment.

What does research say about the safety of e cigarette use ?

Conclusions of this report :

They note, however, that there is no information to date on possible adverse health effects but that it is necessary to explore this area.

The risk for the entourage is limited even if it can have an impact on certain individuals.

There are no data for products that do not contain nicotine as it is currently impossible to assess the potential effects of electronic cigarette use on long term health.

This lack reflects the various (and often restrictive - editor's note) policies applied in each country.


A 60-page report was drawn up by the COT (Committee on toxicity of chemicals in food, consumer products and the environment) was commissioned by the Department of Health and Public Health England, with the aim of assessing the toxicological risk of the electronic cigarette, officially promoted to help stop smoking in the United Kingdom.

The experts looked at many toxicological and epidemiological studies available (in fact, more than 900 published in the period 2018-2019) to assess the components and aerosols emitted by the ecigarette and their potential effects on users and their environment.

The committee also notes that the rapid technical development of electronic cigarettes does not allow to apply its research to the most recent devices.

Here are the detailed conclusions:

Assessment conditions for liquids and aerosols

They note that the main components of e liquids are first of all solvents, propylene glycol and vegetable glycerin. Water, flavors and nicotine follow, limited to a maximum of 20mg/ml in Europe.

Some studies have also reported the presence of contaminants and impurities that can be attributed either to the formulation of the e-liquid, or to the presence of added substances, or to a malfunction of the electronic device having to vaporize the product at a temperature varying between 40 and 180 ° C.

The committee specifies that it is difficult to assess the impact of vapor inhalation based on the various materials available and vaping habits. It therefore selects the studies that have evaluated a so-called “standard” use.

Likewise, it is difficult to measure the consequences of e-cigarette vapor in the ambient air as the methodologies of the available studies differ. The committee therefore chooses to select only the tests which have been carried out under so-called “normal” conditions, close to the inhalation conditions of a human being.

What is the toxicological evaluation of exposure to e-cigarette vapor?

The TOC notes that fine particles have been found in some studies but questions their conclusions due to the use of smoking machines that operate so far from the use of electronic cigarettes.

It specifies that in the case of an aerosol, the condensation of the droplets is dependent on their concentration in the air and that the greater this concentration is, the more the droplets form voluminous particles. The most consistent would therefore be to measure a low dilution rate in a humid environment to determine the solubility of the particles while approaching the actual use of the ecigs.

Solid particles such as metal nanoparticles have also been identified in some studies.

Experts note the use of first and second generation vaping devices which clearly generated these particles.

Not ruling out the possibility of finding undesirable particles in the vapor of an e-cigarette, they nevertheless invite researchers to produce experiments comparing the rate of particles of an aerosol with that of the ambient air as well as that of the tobacco smoke and heated tobacco products.


From the most consistent studies, they conclude:

1- there is a significant rate of metal particles in the aerosol of the electronic cigarette, forming when the liquid is heated and vaporized and transforming again into a liquid aerosol when it cools.

2- the ecigarette seems to produce a small amount of solid particles obviously derived from the electronic device itself.
However, they cannot assess the degree of exposure due to the choice of different models now available on the market, the different materials used, their manufacturing quality, etc.

3- there is real uncertainty about the risks generated by metal particles.
The committee considers that the combination of metals and other particles can induce an inflammatory reaction.

The other uncertainty lies in the exposure to these particles while using thgenotoxice electronic cigarette over a long term due to a lack of epidemiological data allowing an interpretation.

Is propylene glycol dangerous to vape?

- The toxicity associated with exposure to propylene glycol is extremely low.

- It is neither genotoxic nor carcinogenic.

- Regular exposure to a PG aerosol can cause eye and throat irritation, cough, nasal inflammation.

- Long-term exposure is difficult to assess. Animal testing has shown it to cause little or no skin irritation, moderate eye irritation, and no allergies.

The committee concludes that propylene glycol is not allergenic to humans and does not exhibit systemic accumulation phenomenon.

As a result, the data shows:

1- PG does not present a risk for short and medium term use. There is uncertainty over repeated long-term exposure.

2- exposure to propylene glycol in ambient air does not present a risk for those around you.

- Glycerin is an authorized food additive (E422). Prolonged oral use at high levels of glycerin does not cause any side effects.

- Glycerin is neither genotoxic nor carcinogenic.

- It can be irritating to the eyes and has a very moderate allergic potential in humans.

- There are very limited data regarding exposure to glycerol by inhalation.


In conclusion, the committee defines that:

1- glycerin does not present any risk for short and medium term use in electronic cigarettes. Uncertainties persist with regard to long-term exposure.

2- exposure to glycerin by those around you does not pose a major risk.

What is the role of nicotine in vaping?

The liquids of the electronic cigarette contain nicotine with the aim of helping to quit smoking.

A European directive imposes a maximum rate of 20mg/ml of nicotine in e liquids.

In summary of the studies reviewed, the committee concludes:

1- Experienced vapers themselves dose the nicotine in their liquid. Thus, systemic exposure to a level of nicotine equivalent to that of traditional cigarettes can be achieved.

2- For smokers switching to ecigarette, the risks associated with the use of nicotine are the same as for tobacco.

3- The risks associated with long-term use of nicotine in electronic cigarettes are anticipated.

5- The use of the ecigarette at the same time as the consumption of tobacco can possibly lead to a risky nicotine overdose.

6- Those around the vaper may be exposed to some nicotine residues in the ambient air.

Flavors and their degradation

Although most of the flavors used in electronic cigarettes are food flavorings, some substances can have toxic effects when inhaled.

For evaluation, the committee focused on the data related to four flavors widely used in vaping, namely menthol, vanillin, cinnamaldehyde and menthone.


- Menthol is known to be irritating to the eyes and the skin. It can also be irritating if inhaled, which can cause inflammation of the upper respiratory tract, rhinitis, tearing and redness of the eyes.

- Menthol is neither mutagenic nor carcinogenic.

- Long-term exposure to aerosol or menthol smoke does not cause any major side effects.


But based on known data, the committee considers that due to the bronchodilator and cough suppressant effects of menthol, its impact on respiration and mucus production, there are a number of uncertainties about its potential in the risk of infection, its irritant action on the respiratory tract and its possible effects on bronchial secretions. 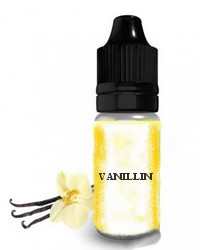 - Data suggest that vanillin is irritating to the skin and eyes.

- Although the results are mixed, it is not considered mutagenic.
There are no studies evaluating the impact of inhaling vanillin.

The Committee notes that there is a potential risk of acetal formation in the presence of propylene glycol and vegetable glycerin. Although this chemical production is also found in the cooking without causing any particular toxicity, the experts observe that the systemic exposure to the degradation of the product by the respiratory route must be evaluated.


3- Is cinnamon (cinnamaldehyde) bad for vapers? 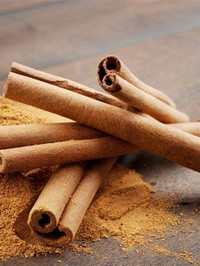 - Data indicate that cinnamaldehyde may be a respiratory irritant to vapers.

- It causes irritation of the skin and eyes.

- Cinnamaldehyde is not considered mutagenic.
There are no studies evaluating the impact of inhaling cinnamon.

Due to its proven dermal allergenic potential, the Committee concludes that there is a respiratory allergen risk. 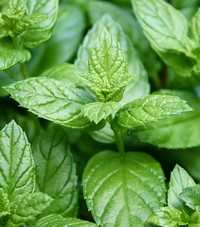 - The data concerning the inhalation of menthone are very limited, offering no evaluation of its toxicity, no information on its thermal decomposition.

- Menthone is not considered mutagenic.

The committee is concerned about the lack of data on menthone and invites researchers to conduct further studies on its possible repeated inhalation toxicity.

The conclusions of the experts regarding the flavours are summarized as follows:

1- The flavors must be studied to assess their possible toxicity by inhalation.

2- The data are insufficient with regard to the possible toxicity of flavoring chemicals. Their transformation at the time of heating and their degradation must be analyzed.

Contaminants or impurities are also found in some e-liquids, often at very low levels or in trace amounts.

These are contaminants related to nicotine such as minor alkaloids and nitrosamines specific to tobacco, metals and silicates, ethylene glycol, diethyl phthalate and diethylhexyl phthalate, ethanol and synthetic cannabinoids.

The Committee nevertheless notes that the origin of the eliquids analyzed was outside the United Kingdom.

1- the e-liquids must come from companies known for their reliability to avoid any unwanted contaminant.

2- in certain circumstances (extreme heating), the vaporized liquids will degrade toxicly thus producing formaldehyde. There is a need for further studies on this subject.

3- the data show that exposure to toxic substances from tobacco is lower than tobacco products.


What is the toxicity of ecigarette vapor?

In this regard, the Committee concludes:

1- it is difficult to extrapolate from experimental studies of the e-cigarette aerosol because of numerous variations involving the devices used and the different protocols applied.

2- it has been shown that the pharmacological effects linked to exposure to nicotine occur via electronic cigarettes but are reduced compared to smoked tobacco.

3- there is a lack of information on long-term exposure to e-cigarette vapor.

“The findings of this new report confirm that while not harmless, e-cigarettes are substantially less harmful than smoking tobacco.

This conclusion firmly endorses the UK policy of recommending vaping as a practical and effective means for smokers to prevent harm from continued nicotine use, and provide welcome, authoritative reassurance that for smokers who find it difficult to quit smoking, vaping is the obvious next best option.”

This blog is copyright ©2022 by Arom-Team. All rights reserved