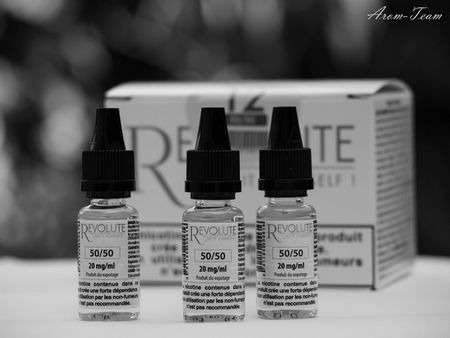 A smoker can hardly do without nicotine, absorbing 1 to 3 mg per cigarette
In the ecigarette, it allows him to compensate for the lack while dosing it precisely
If he proceeds to quit smoking, he must carefully assess the nicotine level in his e liquid.
Be aware of the side effects of his tobacco cessation and his adaptation to vaping

Nicotine is often presented as absolute evil but is often overlooked.

Here are the 12 points that clarify its impact on health and its use when applied to the vaporizer or inhaled in cigarette smoke.

This Arom Team article will let you know:

Where is the nicotine in a cigarette?

Nicotine is an alkaloid naturally present in the tobacco plant named Nicotiana tabacum.

Through the inhalation of cigarette smoke, it triggers a stimulating effect and acts directly on the nervous system.

Note that you can also found nicotine in tomatoes, potatoes, aubergines, peppers, cauliflowers ...

What are the effects of nicotine?

Nicotine is often named responsible for a phenomenon of dependence generating symptoms of lack.

It is portrayed as the sole culprit of the tobacco addiction.

A few dissonant voices, beginning with that of Professor Molimard in France, a tobacco expert and former president of the Société française de tabacologie, diminish its effects, judging it insufficient to activate the reward system of the brain leading to addiction.

Without denying its pharmacological effects, particularly on blood glucose, relaxation or stimulation, these discordant voices point to the 4000 substances contained in cigarette smoke that are more likely to install and reinforce dependence.

Where does nicotine do to your brain?

A few seconds after inhaling the smoke, nicotine blocks the acetylcholine receptors that play an important role in the central and peripheral nervous system, while increasing the secretion of other neurotransmitters or hormones including dopamine, noradrenaline and serotonin.

The body quickly becomes accustomed to the effects of nicotine, which is why cravings symptoms are violently manifested by discomfort and agitation as soon as its level in the blood decreases.

How much nicotine in a cigarette?

The rates mentioned on cigarette packs are far from reflecting the reality inhaled by the smoker simply because they come from an evaluation emanating from a smoking machine.

A cigarette contains on average 12mg of nicotine, its smoker absorbs 1 to 3mg according to the way of smoking.

What is the half-life of nicotine?

The half-life of nicotine is very short. Degraded by the kidneys and lungs, it is metabolized by the liver to become cotinine.

On average cotinine is eliminated between 10 and 37 hours depending on the amount of nicotine absorbed.

Nicotine has a half-life of about 2 hours. Its effects disappear very quickly, which explains the symptoms of lack perceived by immediate signs of nervousness.

The dosage of nicotine depends greatly on the usual consumption of tobacco.

A simple but approximate table allows to approach an equivalence:

But it must nevertheless be understood that vaporized nicotine does not diffuse in the same way as the nicotine of a smoked cigarette.

Closer to a nicotine patch, it does not reach a violent peak in a few seconds but requires fifteen to twenty minutes for the feeling of its effects.

The vaping technique is far from the aspiration of cigarette smoke.

The e liquid nicotine levels available on the market are changing from 3mg / ml to 20mg / ml, the maximum rate allowed in France.

It is usually advisable to start the electronic cigarette by choosing a juice dosed at an average rate equivalent to your usual consumption of tobacco so as not to jeopardize its effectiveness in smoking cessation.

It is estimated that a consumption of a strong cigarettes pack per day implies the use of a 16 to 20 mg/ml e juice when an average consumer of a dozen light cigarettes per day will choose 12 mg/ml e liquid.

What are the positive effects of nicotine?

Nicotine is not only a decried substance but also has its virtues.

It is known to improve concentration, memory and mood. Nicotine therapy is the use of nicotine in the treatment of Parkinson's disease.

Scientific studies give it an important anti-oxidant property and a real neuroprotective potential.

Research on cotinine, the main component of nicotine, seems to demonstrate its benefits in the treatment of Alzheimer's and Parkinson's diseases.

It would also have a positive influence in the stabilization of hypothyroidism and would be of particular interest in the treatment of schizophrenia.

What are nicotine overdose symptoms?

Nicotine overdose can not go unnoticed.

At this stage, the body draws an alarm signal and asks for an interruption of its consumption or an immediate reduction of the rate of the products used.

Excreted by the kidneys, just put your electronic cigarette down and drink plenty of water to eliminate it in a few hours and reduce the side effects.

This same overdose of nicotine may also appear over the weeks of vaping after stopping smoking.

In fact, the body seems to gradually quit nicotine and claims a gradual reduction in nicotine levels in e liquids.

It is then advisable to reduce the level of nicotine per step over the weeks of abstinence to find the balance between its effectiveness and the body's tolerance.

Thus, if you started at 16mg, reducing nicotine in stages from 16 to 14mg/ml at first and then 14 to 12mg/ml some time later may help not to feel this phenomenon of progressive rejection.

Between smoking cessation and nicotine levels too high, the vaper must know how to listen to his body to avoid inconvenience.

What is throat hit?

The hit or "throat hit" felt by the vaper is close to the contraction of the throat felt by the smoker during the passage of cigarette smoke in the bronchi.

With the electronic cigarette, this sensation is reproduced when the liquid contains nicotine and, to a lesser extent, menthol.

What are nicotine withdrawal symptoms?

The symptoms that are felt by smokers at the time of smoking cessation are various and varied.

They range from irritability to anxiety and disorders of concentration.

They are accompanied by irrepressible cravings for smoking and an increase in appetite.

What are lack of nicotine symptoms?

The symptoms of lack of nicotine usually appear within 24 hours after stopping use.

They reach their peak in the 48 to 72 hours, the best times to relapse.

They diminish afterwards but remain visible for about 20 days before disappearing 6 to 8 weeks after quitting.

What happens when you quit smoking?

Cigarette quitting has many side effects.

At the top of the list, repentant smokers experience an intense sore throat associated with a cough that appears to evacuate tar located in the bronchi.

Due to better blood oxygenation, migraines and dizziness may occur.

Nicotine stimulates intestinal motility, stopping it often leads to constipation accompanied by an increase in appetite.

What are e cigarette side effects?

It also introduces the presence of propylene glycol and vegetable glycerin in e liquids.

A period of adaptation to propylene glycol is sometimes felt, giving rise to a vague sensation of drunkenness for a few days.

Note that PG is a dihydric alcohol that does not have the effects of ethanol as explained in our article on propylene glycol.

Furthermore, the introduction of propylene glycol which is hygroscopic (absorbs moisture) requires the vaper to increase its water consumption to avoid suffering dehydration.

A wrong dosage of nicotine used can also lead to side effects such as dizziness, headache and nausea.

By being attentive, it is enough to reduce the nicotine level of your e liquid and drink abundantly to palliate these inconveniences.

The symptoms of smoking cessation felt by smokers who wish to favor the ecigarette are also more or less intensively felt according to the individuals.

They are even often confused with nicotine overdose.

These same symptoms can also occur during nicotine withdrawal.

Nicotine is not the real villain - Forbes

This blog is copyright ©2021 by Arom-Team. All rights reserved